Hello there! Thanks for joining me for another walking adventure across the city of London! This week I’m going to be exploring East London, where my journey begins at Mile End Park. From there I’ll take the beautiful Regent’s Canal walk to the amazing Victoria Park, before finishing in the very peaceful London Fields.

Based in East London, Mile End Park is a relatively new addition to London having been opened in 2004 as part of the Millennium Commission, who called for suitable projects to be created as a way to mark the millennium.

However, plans for a park in Mile End date back to 1943 when Sir Patrick Abercrombie mooted them in his 1944 ‘Greater London Plan’. The site has had development done to it before the park we see today, including trees being planted, a playing field opened in 1952 as well as the East London Stadium being built and opened in 1966. 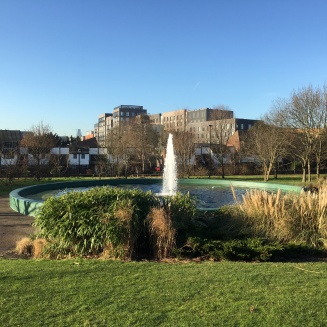 The aim of the new park was to make it a sustainable area which was built and would benefit the local community and act as a catalyst for regional regeneration. The area includes many green spaces, a playground, Ecology Park, Art Pavilion, cafe, and outdoor gallery space. I only discovered this gem a few years back when I was walking a long The Regent’s Canal, and it’s totally worth the visit!

My pleasant walk along the Regent’s Canal takes me under numerous bridges, and its beauty demonstrates why this is my favourite stretch of walking!

A short walk past Mile End lock which is upstream.

My route takes me to one of the aforementioned developments within the Mile End project, The Art Pavilion. 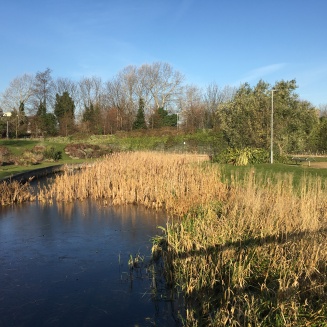 This pavilion provides a stunning gallery space with grass and the small lake overlooking the area. It’s a popular place for exhibitions and installations, and there aren’t many places in London which have this cute feel and unique view. 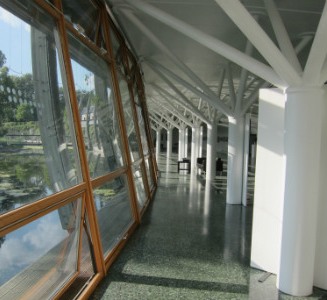 From culture to a canal, as I rejoin the Regent’s Canal once again passing through the tranquil riverside. 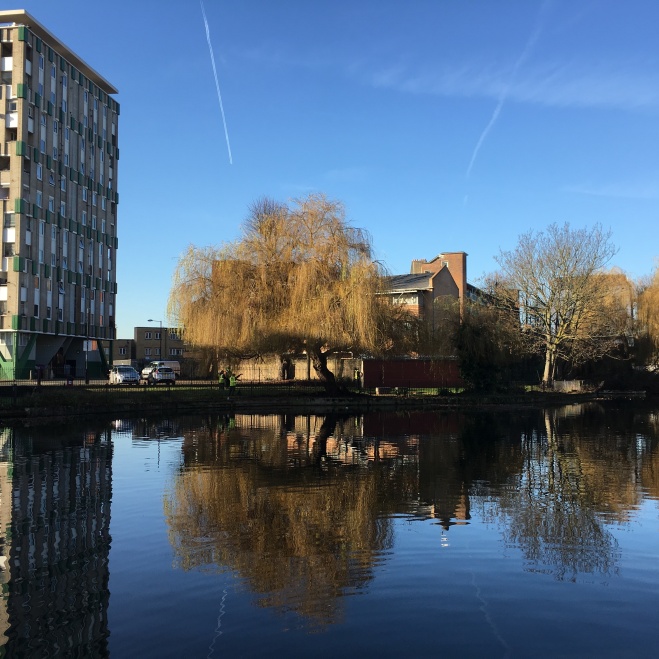 This takes me to the Old Fort Lock where the Regent’s Canal meets the Hertford Union Canal.

I’ll now take a detour off the Regent’s Canal to make my way to the truly wonderful Victoria Park.

Opened in 1845, Victoria Park is located in the East of London bordering Bethnal Green, South Hackney, and Cambridge Heath. The park has 86.18 hectares of open space with a riverside cafe and many marvellous lakes.

Back in 1839, the Annual Report of the Registrar General of Births, Deaths and Marriages noted that the East End of London had a higher mortality rate than the rest of the city due to overcrowding, insanitary conditions, and polluted air. One way to reduce the amount of deaths and extend people’s lives was to create a park. Over 30,000 residents signed a petition, and in 1841 London’s first public park to be built specifically for people had begun! Hence, Victoria Park is also known as the ‘People’s Park’.

The Government bought land that had formally been used for market gardens, grazing, and gravel digging. The man behind the design for Victoria Park was James Pennethorne who was an architect to the Commissioners of Woods and Forests.

A boating lake with three islands was also created with The Chinese Pagoda sitting within one of these. It was originally the entrance at Hyde Park Corner to the Chinese Exhibition between 1842 and 1843, however, this summerhouse later moved to its current position in Victoria Park.

A walk along the vast area of Victoria Park takes you to many open green spaces, and a nice little seating area!

One of the distinct monuments within the park is that of the Burdett-Coutts Memorial Drinking-Fountain which was designed by H.A. Darbishire and has been in the park since 1862.

The fountain made from pink marble, granite, and stone, has a distinctive cupola, ornamental slate roof, four clock-faces, Gothic arches, and inscriptions.

It was gift by wealthy philanthropist Angela Burdett-Coutts to the people who visited Victoria Park and gave residents clean drinking water too.

In 1872 the park was extended on land that was originally going to be used for residential developments. A well-loved and valuable institution to the people in London, especially those in the East, the park has Grade II listed status. In 2011 the park had major restorations and improvements done to it with £12m being spent by Tower Hamlets Council, and I think it’s well worth it! 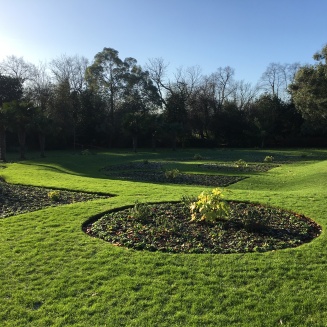 The park today hosts numerous events including the Lovebox Music Festival, and is a popular attraction for many who live in the East End.

After taking in the splendour of Victoria Park I’m now going to rejoin the Regent’s Canal as I make my way to the final destination, London Fields.

As you walk along the Regent’s Canal you come across these distinctive gasometers near Bethnal Green which have been there since the 1850s. There aren’t many of these around in London these days, so it’s great to see these iconic ones still going strong along the river.

The walk up the streets takes me to London Fields, a 31-acre park located in south-central Hackney. It was first recorded by its name London Field in 1540, though there has been pasture land adjoining nearby Cambridge Heath since 1275.

The land was used by drovers to pasture their livestock before taking them to market in London. By the late 19th century, its name was pluralised to ‘London Fields’. 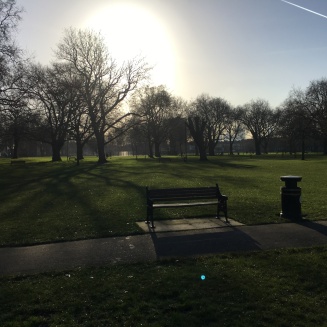 Council flats began to be built in the surrounding area to replace the slums in the early 1930s. Today, the park has a playground, cricket pitch, a lido, and a tennis court, and if you want a nice, quiet area to enjoy your lunch, it’s perfect!

My journey has taken me from two parks, one opened in the 21st century and the other in the 19th century, taking in one of London’s most popular walks along the Regent’s Canal. I hope you’ve enjoyed taking in some of the capital’s great green spaces! Don’t forget to follow me on Twitter, Instagram and Facebook, and to sign up to my blog too

Stay tuned for another walk through London next week! 🙂

All photos taken by London Wlogger unless credit given. © Copyright 2017